The great rotation: will it endure?

The market mood has notably shifted since the announcement of successful vaccine trials in November. Investors have taken a renewed interest in a number of unloved sectors and, in particular, economically sensitive parts of the market have revived. What’s behind this change in sentiment and can it persist?

It has been a difficult few years for investors with a ‘value’ tilt to their portfolios. Low interest rates and quantitative easing measures have pushed bond yields lower, which has, in turn, favoured higher growth areas such as consumer staples and technology.

These conditions have been in place since the financial crisis of 2008-09, but the response of central banks and investors to the pandemic pushed the relative valuations of growth and value to extremes.

However, this abruptly changed towards the end of 2020. Thomas Moore, manager of the Aberdeen Standard Equity Income Trust, says: ‘A series of macro events happened that drove a reversal in bond markets and with that, we’ve seen the most enormous sector rotation.’

He sees four key elements driving the shift – a surge in economic data; improving earnings in many value sectors; extreme positioning in growth sectors such as consumer staples or technology; and finally ‘events’, such as the vaccine rollout, which are helping drive recovery.

This is a global phenomenon and if anything, the value versus growth gap has been more extreme in the US. For Fran Radano, manager of The North American Income Trust, the recent rally goes some way to resolving a long-held anomaly: ‘Investors will always pay a little more for companies that are growing above trend. That’s natural. What has been unnatural over the last couple of years has been the bifurcation – paying 40-50x earnings for companies that are growing, perhaps, 20% and 15% next year.’

Radano believes investors have started to reappraise the fundamentals for individual companies.

For Moore, global recovery should mean the rotation can endure, particularly in the UK where the economy is bouncing back strongly. He believes that the rotation is far more than a six-or-twelve-month phenomenon. Value areas have been out of favour for many years and the recent recovery is still in its infancy.

Equally, valuations still favour economically-sensitive areas. Martin Connaghan, manager on the Murray International Trust, says even after the recent rotation, there are plenty of areas that look too expensive: ‘Any IPO that mentions payments or ecommerce, or investment trusts involved in a data centre seem to be heavily oversubscribed. The same is true for areas such as data towers or infrastructure companies. We always look at whether investing in this stock helps us meet the investment objective and if so, are we comfortable with paying this multiple.'

However, the shift may change in flavour. There are parts of the market that have seen a snap recovery but are unlikely to see improvements in earnings, and others where valuations have yet to catch up.

Income stocks are one important area that has lagged. Radano says: ‘2020 was a horrible year for income investors. Value underperformed growth significantly and within that, income was the worst-performing sub-sector. We have forty stocks and only one that cut its dividend. These stocks have duration, predictability of earnings and compelling valuations.’

Moore agrees: ‘Investors need to think about what type of stocks have led the rally. Lots have been zero-yielding - airlines, for example. How many income funds will hold the airlines? As an income manager, it’s quite possible to find stocks with gearing into that economic recovery, which pay a dividend.’

Both Moore and Radano favour finding cyclical companies that can also sustain predictable demand. Radano says it’s about ‘not betting on hope’. He likes companies such as Air Products or Union Pacific Railroad, where he sees both growth and income, rather than, say, some of the industrial companies trading at 20-30x earnings that are already likely to be at their peak.

Moore says the pitfalls for income seekers are far lower than they were: ‘It is important to look at dividend cover and at the potential downside. That said, we went through a pretty dramatic downside scenario in 2020. It’s also worth bearing in mind that the market is pricing in a significant margin for error where companies have problems.’

He suggests some of the better returns from here may come from the stocks where there are some concerns - where companies are paying down debt, for example.

He gives the example of ‘survivor’ DFS, which has been in a difficult sector, but has grown its market share during the pandemic: ‘We’ve had the ultimate stress test and companies that are still paying dividends are likely to continue.’

The value rally can endure. However, it may look a little different, as the market reappraises the outlook for certain parts of the economy and the excitement around bombed-out recovery companies ebbs. In particular, better times may lie ahead for income seekers.

To buy these trusts login to your EQi account

Risk factors you should consider prior to investing:

Issued by Aberdeen Asset Managers Limited which is authorised and regulated by the Financial Conduct Authority in the United Kingdom. Registered Office: 10 Queen’s Terrace, Aberdeen AB10 1XL. Registered in Scotland No. 108419. An investment trust should be considered only as part of a balanced portfolio. Under no circumstances should this information be considered as an offer or solicitation to deal in investments. 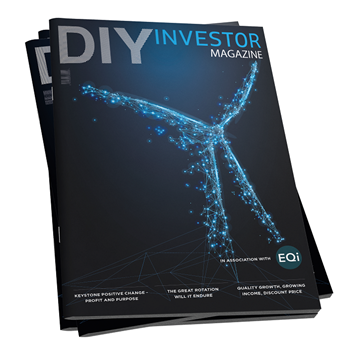