Shell and BP: Why we’re Hopeful for a Sensible Transition to Renewables 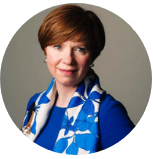 In the wake of the recent IPCC report, we think the major UK-quoted energy companies are in a good position to shift towards clean renewable energy sources.

The devastating effects of unchecked global warming were laid bare by the recent landmark report from the Intergovernmental Panel on Climate Change (IPCC). See ‘IPCC report: why the detail matters to energy investors’ here.

The world’s major energy companies were already on the front line of the climate change battle, but following this week's report public scrutiny of the industry can only intensify.

More than ever, the industry is under pressure to make huge changes to transition to clean renewable energy sources. The industry's core activities of exploring, acquiring and developing fossil fuels are under the spotlight and companies need to act.

Fortunately for investors in UK-quoted BP and Royal Dutch Shell, their management teams are rising to the challenge. They are adapting rather than denying.

We had further evidence of the shift in attitudes when Shell’s CEO took to LinkedIn in June to announce an acceleration in the company’s transition strategy. This pledge followed a Dutch court ruling which effectively said Shell should move faster with GHG emission reduction targets globally.

Getting a handle on transition plans

Regarding the Dutch court ruling, we are not convinced it’s possible to solve a global problem by targeting a single company through one country’s judicial system (more on this and potential unintended consequences later).

The wider point, however, is that Shell is tackling the transition head on. It has now set out plans to future-proof its business model with a goal to become a net-zero emissions energy business by 2050.

As investors, our primary aim is to provide excellent investment performance for clients. In a future where ‘impact adjusted profits’ will count, how well energy groups transition to renewables will be key.

Will the energy groups be able to generate attractive returns in tomorrow’s investment world? We are getting much closer to answering this question.

Before and after Covid-19

Prior to the pandemic, we took the view that the major UK-quoted energy companies would struggle with the transition.

We’re now more optimistic. This is partly due to the major shifts in attitudes already noted. But it’s also as a result of their ‘fundamentals’, such as profit-generating potential, and financial, or balance sheet strength. Valuation is also key.

In 2019, BP and Shell were heavily committed to paying dividends and buying back stock from shareholders. Additionally, they had ongoing obligations to service their significant debt levels.

At that time, combining these commitments with the significant required investments in renewable energy sources did not seem to us to add up.

As a result, we began to take a negative stance on the sector in the second half of 2019, moving to an ‘underweight’ position (holding a lower weighting than our benchmark index has).

Always open to changing our minds

We constantly review the investment case for companies and are always open to changing our minds. This is often on the basis of valuations, which, for Shell and BP, were not as appealing prior to the pandemic.

Meanwhile, dividends were rebased to more sustainable levels in 2020, and improved disclosures give us a sense of what is required to implement their transition strategies.

The oil price has recovered well from the lows of early 2020, which is helping with cashflows and with managing the indebtedness. High debt levels can impede their ability to invest in renewable energy sources and technologies but they are not an insurmountable challenge.

We had made clear to Shell we would support the company in actions it took to move faster and further towards a lower GHG emissions. We first engaged with the company on its climate ambitions 19 years ago (see Schroders’ Sustainable Investment Report Q2 2021).

It was great therefore to see the company put its energy transition strategy to a shareholder vote at the AGM in May. This is a well thought out, responsible and achievable strategy.

A few days later the Dutch court made its ruling. The speed at which the company subsequently communicated an intention to accelerate plans only formally adopted a few weeks prior is telling.

We continue to support Shell in transitioning at a pace right for the company, and which is likely to have a best result for the world.

We all want net zero GHG emissions by 2050, but it will take time, much investment and new technologies. A sensible approach is key.

Shell could react to the court case – brought by Milieudefensie (Friends of the Earth Netherlands) and other non-governmental organisations before Shell had chance to set out its strategy – by disposing some of its fossil fuel assets and reinvesting the proceeds into renewables.

Whether that would help the world shift from a system based on fossil fuels to clean, renewable energy, however, depends on who ends up buying these assets.

The sale of a fossil fuel asset does not mean that it will suddenly stop emitting GHGs, it is simply a transfer of ownership. In many cases, publicly listed companies with transparent reporting and shareholders to answer to are the most responsible stewards of these assets.

It could well be in the world’s interests for Shell to manage the decline of its fossil fuel portfolio and reinvest the cash generated each year into renewables.

There are clearly issues with trying to solve a global problem by targeting a single company through one country’s courts. Shell is appealing against the ruling. We have some sympathy with its position.

There are parallels to be drawn with how we approach such challenges as long-term investors.

Yes, we could have a blanket policy to exclude energy companies from our investments, but blunt approaches to complex challenges are not the best way to speed up change. In fact, they can be counterproductive.

The Dutch court decision could open the door to all EU companies, including other heavy GHG emitters, being subject to similar rulings.

This could have a knock-on effect for oil prices globally given the importance of European energy majors to supplies. It’s clear there are potential wider consequences for all stakeholders, including potentially higher inflation and more restrictive monetary policies such as higher interest rates.

These all need to be carefully thought through.

Engaging and encouraging the energy groups to accelerate investment is a much better approach. The transition is going to take time.

We know there needs to be significant technological innovation to achieve net zero in GHG emissions by 2050. A rushed or disorderly transition is in nobody’s interests.

UK energy groups ahead of curve

In Shell and BP, UK investors have two major global energy companies which are both relatively well advanced with their transition strategies versus US peers, for instance.

They have already made significant commitments to deploy capital to make the required changes happen. Now is the time for a calm and sensible approach to a complex challenge, in the interests of all stakeholders.

To hear more from Schroders Investment Trusts, subscribe to our newsletter.

This article was published in August 2021. Any company references are for illustrative purposes only and are not a recommendation to buy and/or sell, or an opinion as to the value of that company’s shares. The article is not intended to provide, and should not be relied on, for investment advice or research. If you are unsure as to the suitability of any investment, please speak to an independent financial adviser. 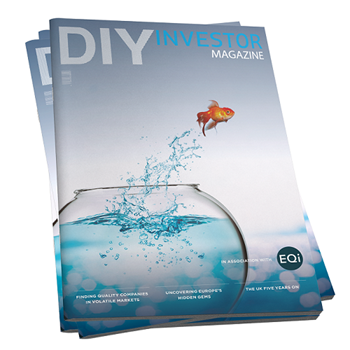