Fumio Kishida inherits a much brighter situation than his predecessor as the state of emergency is lifted. We look at what this means for investing in Japanese equities.

Japan’s ruling Liberal Democratic Party (LDP) has chosen its new leader. Fumio Kishida, a former foreign minister, won the leadership contest and has become the new Prime Minister (PM). He is seen as something of a continuity candidate, fending off the challenge of Taro Kono who some had perceived as the more dynamic, business-friendly option.

However, any differences between the two candidates are a question of nuance. They are, after all, both established LDP politicians and the party is expected to win the general election that will be held at the end of October.

The change of PM has raised some concerns that Japan may be heading back into an era of political instability and short prime ministerial terms. We don’t see this as a particular worry. After all, Shinzo Abe was Japan’s longest-serving PM (with his second term lasting from 2012 until 2020), so any subsequent incumbent was always likely to serve a shorter term in office.

Abe’s successor, Yoshihide Suga, became PM only a year ago and immediately faced two major challenges: the Covid-19 pandemic and hosting the Olympics Games, with the former a serious complication to the latter.

Public dissatisfaction with the slow roll-out of Covid vaccines in Japan was one of the primary reasons for Suga stepping down recently. The slow pace of vaccinations combined with new waves of coronavirus to see successive states of emergency imposed on most of the country this year.

These weighed on domestic economic activity and also sent out an inconsistent message about the government’s priorities as the Olympic Games were held against the backdrop of a state of emergency in Tokyo.

However, the vaccination campaign has accelerated substantially in recent months. Japan has now fully vaccinated a larger share of its population than the US, despite a much slower start. 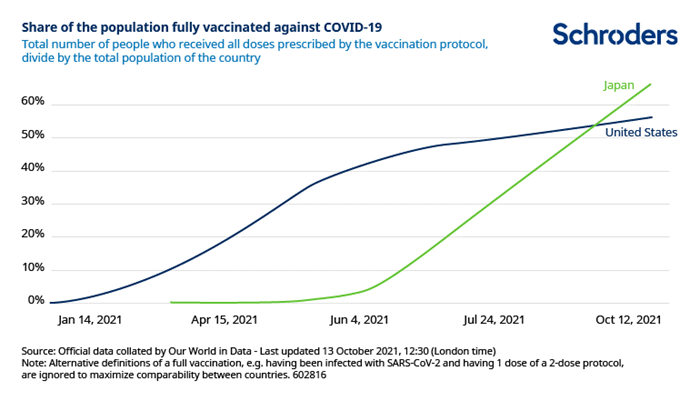 The pick-up in the pace of vaccinations means Japan was able to lift its state of emergency - which covered most of the population - at the end of September. While Japan has benefited from the broader global economic recovery this year, we should now start to see the domestic economy re-open and recover.

Restaurants in certain areas still need to close relatively early, and some are restricted from serving alcohol unless they have certification for their anti-Covid measures. However, domestic travel is now back on the agenda and large-scale events can go ahead with a greater number of spectators.

We expect smaller companies in particular to benefit from this domestic re-opening. Small caps generally have much greater exposure to the domestic economy than their larger peers.

Companies operating in the service sector could now see stronger demand as travel, tourism, leisure and other consumer industries see demand and activity pick up. Japanese consumer confidence is gradually recovering and this should bode well for companies exposed to the domestic consumer. 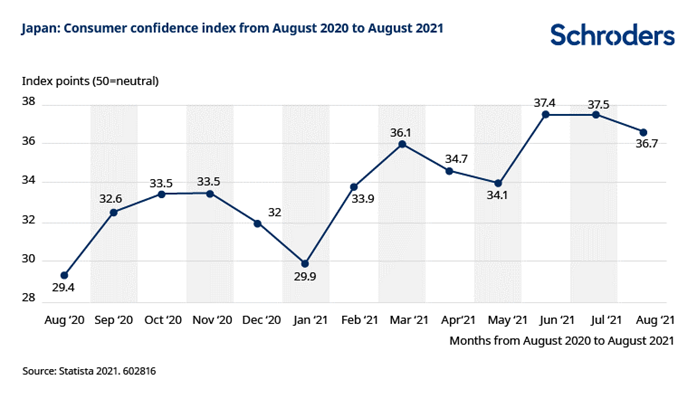 Small caps are a part of the market that we typically like, and many small caps are exposed to the domestic service sectors where we now anticipate a strong recovery. As a long-term fundamental investor, there is often a greater opportunity to add value given how under-researched some of the companies are, compared to the larger Japanese companies.

In terms of government policy under Mr Kishida, we largely anticipate a continuation. A new supplementary budget and further stimulus is already under discussion. This stimulus package will likely focus on additional support for those who suffered financially during the pandemic. Some of the headline measures regarding these may be announced before the general election although the detail will follow later.

One area where we have seen some change this year is on environmental issues. With COP26 fresh in the memory, Japan is among a number of countries that have pledged to reach net zero carbon emissions by 2050.

What’s more, outgoing PM Suga also declared a more ambitious goal: that of cutting emissions in 2030 by 46% relative to 2013 levels. The debate about how Japan will achieve these targets look set to intensify.

We’ve already seen in recent years how governance factors have become more important and are being reflected in share price performance. We anticipate a similar impact from  environmental and social factors going forward. It is perhaps relatively early days but we need to be prepared for potential changes in corporate and investor behaviour on these issues.

Overall, the Japanese market is one where earnings momentum is still accelerating, compared to other regions where upward revisions may have peaked as the chart below shows. This corresponds to the path of Japan’s slower vaccine roll-out and longer-lasting restrictions.

We think the political noise around changes in prime minister should not distract investors from the brighter economic picture in the domestic Japanese market. 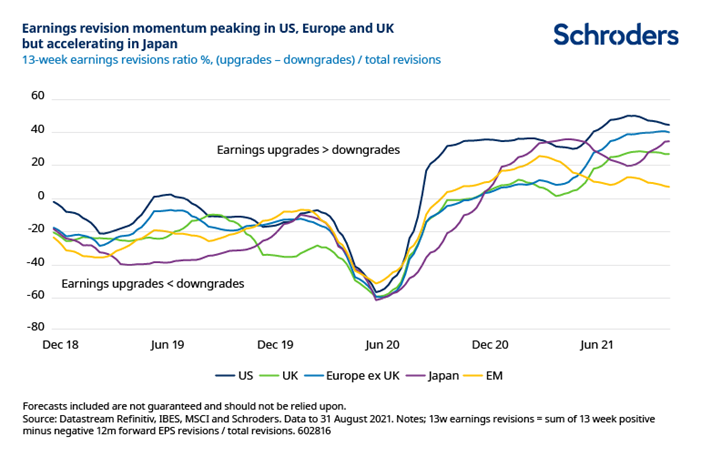 For more information on investment trusts at Schroders, subscribe to our newsletter.

This communication is marketing material. The views and opinions contained herein are those of the named author(s) on this page, and may not necessarily represent views expressed or reflected in other Schroders communications, strategies or funds.

The data has been sourced by Schroders and should be independently verified before further publication or use. No responsibility can be accepted for error of fact or opinion. This does not exclude or restrict any duty or liability that Schroders has to its customers under the Financial Services and Markets Act 2000 (as amended from time to time) or any other regulatory system. Reliance should not be placed on the views and information in the document when taking individual investment and/or strategic decisions.

Past Performance is not a guide to future performance. The value of investments and the income from them may go down as well as up and investors may not get back the amounts originally invested.  Exchange rate changes may cause the value of any overseas investments to rise or fall.

Any sectors, securities, regions or countries shown above are for illustrative purposes only and are not to be considered a recommendation to buy or sell.

The forecasts included should not be relied upon, are not guaranteed and are provided only as at the date of issue. Our forecasts are based on our own assumptions which may change. Forecasts and assumptions may be affected by external economic or other factors. 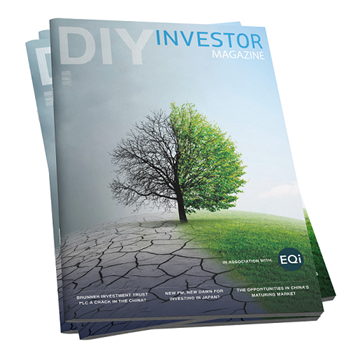