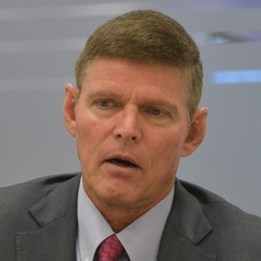 It is at the heart of Germany’s $50bn future investment package, for example, while France is also providing state subsidies for electric vehicles. China has announced a series of measures to support electric car adoption as part of its post-Covid recovery.

Investment in charging infrastructure and batteries is helping to make electric vehicles a viable alternative to combustion engine cars. At the same time, however, it has been a dismal time for the car industry in general.

Electric car vehicle demand has held up better, but the question now is whether government stimulus will do enough to support the strong growth seen in recent years.

This is a major consideration for Tesla: the company has now been profitable for four straight quarters and is therefore now eligible for the S&P 500 with the potential for its inclusion at a future quarterly rebalancing of the index. Its shares have been rising fast – the company is now valued at over $350bn and it is being closely watched to see whether it can deliver.

In common with other carmakers, Tesla has seen factory closures and interruptions to supply. However, it manufactures globally and has benefited from China’s reopening. Competition is another consideration.

Many global carmakers are bringing out electric vehicles. However, to date, these have been too expensive to have mass appeal. As such, Tesla still appears to have the edge. The biggest question may be whether this positive outlook justifies the share price, which has seen a significant bounce since the start of the year.

This is a potential scenario across the technology sector where shares have rebounded sharply since March lows.

However the recent earnings season seemed to indicate that the rebound was indeed justified. In time it should become clear whether companies have simply pulled forward demand, or whether there is a self-sustaining growth pattern.

Political advertising and a media storm

Social media groups face a dilemma when it comes to political advertising. It can provide a meaningful boost to revenues, particularly in an election year. However, it can also come with controversy as platforms are seen tacitly to endorse political messaging.

Facebook has been drawn into just such a controversy. It has been subject to advertising and user boycotts: since June, large companies such as Verizon, Unilever, Danone and Microsoft have paused advertising on the social network in response to protests from civil rights groups across the globe.

Is this likely to dent Facebook’s long-term prospects? It is an unwelcome hit for its reputation, but there is little evidence of any real impact on Facebook’s user base or advertising revenues.

Most people continue to use Facebook: the lockdown has increased people’s social media use in general. Equally, most of the advertisers that have pulled away from Facebook are not its major advertisers.

Its core advertising base is small businesses that see it as a cost-effective platform to build their brand. We have seen advertising rates rebound in the last couple of months. On balance, it appears Facebook is weathering this controversy.

Recently we saw another chapter in semiconductor consolidation as Analog Devices agreed a deal to buy rival chipmaker Maxim Integrated Products for more than $20bn. This looks set to create a combined business worth around $70bn. It should be a major rival to current industry leader Texas Instruments.

However, we believe consolidation may be petering out for the semiconductor industry. In the last cycle, there was huge consolidation in the memory industry and there are now only three companies left, plus a number of Chinese companies who are trying to get into the business.

We are reaching a similar situation here as the number two and number three players in analogue come together. There are not many medium sized semiconductor companies left - we saw Infineon takeover Cypress last year – as such, there are fewer players to consolidate.

India is moving online at a pace unseen almost anywhere else. More than half a billion Indians came online in the 10 years to September 2019, according to government data.

That makes it an exciting market and the US big tech companies have already sniffed an opportunity. Over the past few years, we have seen WhatsApp achieve significant penetration, while Google has moved to become the leading browser; Facebook has partnered with Reliance in an attempt to try and replicated Tencent’s success with Alipay in China.

Amazon has said it will spend $5 billion building a presence in India, trying to grow the share of e-commerce

It’s a major battleground with vast potential, but increasingly the Indian government is changing the rules of engagement for operating in the country.

One of the rule changes this year was that foreign companies couldn’t be primary sellers of products but could only function as a marketplace. For Amazon, this means it needs to halt its Select programme, which had been gaining significant market share because of its low prices.

This may be a perennial problem for big tech players wanting to participate in this market. As with a number of emerging markets, the potential is significant but there are political complexities.

Allianz Technology Trust offers access to the investment potential of the technology sector from the heart of the industry. It is managed by the highly experienced AllianzGI Global Technology team based in San Francisco. The team benefits from its close proximity to Silicon Valley where many of the world’s key technology companies are headquartered.

The Trust’s manager has over forty years of experience in investing in technology at the heart of the tech world; read his latest views in Investment Insights from Silicon Valley.

Active is: Finding the technology leaders of tomorrow

The Trust is a UK listed closed-ended fund which aims to achieve long-term capital growth by investing principally in technology companies globally. The team looks to identify major trends ahead of the crowd and invest in stocks that have the potential to be tomorrow’s Apple, Google or Microsoft.

The Trust invests in mid to large technology companies. Our aim is to hold companies we expect to benefit from the continued growth in particular sub-sectors of technology, especially in companies that provide solutions to save money or enable companies to improve their relationships with customers and deliver revenue growth.

The Trust also seeks to hold companies that will create shareholder value with the introduction of a new product or new technology. Over the past 20 years, this would have included PC manufacturers, software, internet applications or consumer devices. 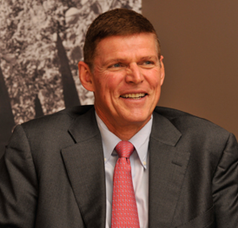 "We are seeing a wave of innovation in the technology sector: automobiles, advertising, security, retail, and web services are all being shaped and transformed by advances in technology"

Technology is a specialist field and it takes a manager who can call upon experience, an extensive network and the strongest research and analytical tools to spot the trends behind the headlines and to identify the potential tech winners. We believe that the case for strong relative performance from the technology sector remains robust.

Allianz Technology Trust invests in a diversified, but focused portfolio of companies that use technology in an innovative way to gain a competitive advantage. Particular emphasis is placed on companies that are addressing major growth trends with innovation that replaces existing technology or radically changes products and services and the way in which they are supplied to customers.

The Manager aims to invest in the most attractive technology shares globally, seeking to identify the leading companies in emerging technology growth sub-sectors. More here >

Active is: Identifying Major Trends Ahead of the Crowd

Allianz Technology Trust strives for superior long-term returns by identifying major trends ahead of the crowd and participating in stocks that have the potential to become tomorrow’s Microsoft, Google or Apple. The portfolio tends to be overweight in high growth mid cap companies and underweight in mega cap companies. The Manager continues to exploit the considerable benefits of being located in San Francisco and has close and regular contact with the growth companies that are identified for the portfolio.

Walter Price and Mike Seidenberg give a short 3 ½ minute overview of Q3 and their outlook for Q4 and beyond. 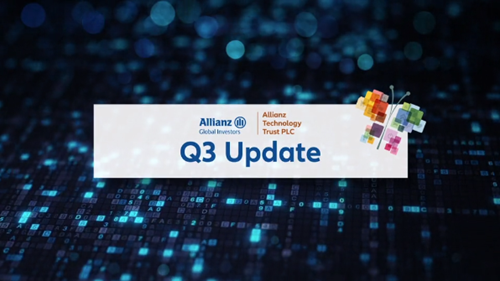 To buy this trust login to your EQi account

Investing involves risk. The value of an investment and the income from it may fall as well as rise and investors may not get back the full amount invested. Competition among technology companies may result in aggressive pricing of their products and services, which may affect the profitability of the companies in which the Trust invests. In addition, because of the rapid pace of technological development, products or services developed by these companies may become rapidly obsolete or have relatively short product cycles. This may have the effect of making the Trust’s returns more volatile than the returns of a fund that does not invest in similarly related companies. Past performance is not a reliable indicator of future results. The views and opinions expressed herein, which are subject to change without notice, are those of the issuer and/or its affiliated companies at the time of publication. The data used is derived from various sources, and assumed to be correct and reliable at the time of publication. A security mentioned as example above will not necessarily be comprised in the portfolio by the time this document is disclosed or at any other subsequent date. This is a marketing communication issued by Allianz Global Investors GmbH, an investment company with limited liability incorporated in Germany, with its registered office at Bockenheimer Landstrasse 42/44, D-60323 Frankfurt/M. Allianz Global Investors GmbH is registered with the local court of Frankfurt/M under HRB 9340 and is authorised and regulated by the Bundesanstalt für Finanzdienstleistungsaufsicht (BaFin). Allianz Global Investors GmbH has established a branch in the United Kingdom, Allianz Global Investors GmbH, UK Branch, which is subject to limited regulation by the Financial Conduct Authority (www.fca.org.uk). Allianz Technology Trust PLC is incorporated in England and Wales. (Company registration no. 3117355). Registered Office: 199 Bishopsgate, London, EC2M 3TY. AdMaster: 1415302 | 20-2255 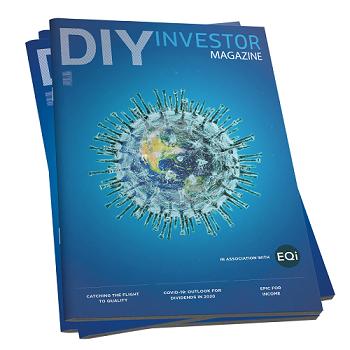