Disclaimer – Disclosure – Non-Independent Marketing Communication This is a non-independent marketing communication commissioned by Brunner. The report has not been prepared in accordance with legal requirements designed to promote the independence of investment research and is not subject to any prohibition on the dealing ahead of the dissemination of investment research.

“I dare not,” wrote the French philosopher Montaigne almost 500 years ago, “but promise that I may one day be so much a fool as to commit my life and death to the mercy and government of physicians.”

Such disdain for the medical profession may sound peculiar but at the time it was probably warranted. As Nassim Taleb has written, there is a high chance that, prior to the 20th century, visiting a doctor was more likely to lead to your death than recovery.

It would be hard to make the same case today. Along with advancements in our understanding of microbiology or the development of antibiotics, we only have to look at the speed with which a Covid-19 vaccine was developed to see that the medical profession is a tad more respectable now than the one Montaigne encountered.

These developments are coinciding, not coincidentally, with ageing populations across the world. Lower fertility rates combined with improvements in the medical field mean average ages are rising, particularly in developed economies.

This is a theme the team at Brunner Investment Trust (BUT) are tapping into. The investment trust aims to provide its shareholders with a mix of capital growth and reliable dividends by investing in companies from across the world.

Its biggest sectoral exposure at the time of writing is to the healthcare industry, with the trust managers conscious that the dynamics described above are likely to give a boost to quality businesses in the sector.

Reliable medical professionals, new technology, and services catering to the elderly mean people are more willing to spend on healthcare than they might have been in the past. At the same time, an older population is one that’s much more likely to need – and spend on – medical services.

Emerging markets are also playing a role here too as a rising middle-class with higher levels of disposable income looks to spend more on medical services and products.

And even though their demographic malaise isn’t as extreme as in much of the developed world, countries like China, India, and Brazil are starting to see lower birth rates too. The UN has predicted that the proportion of over 65s in emerging markets will rise to 15% by 2030 as a result, up from 10% at the start of this decade.

For the Brunner team, these demographic themes are obviously a positive but the type of companies that are common in the healthcare sector also have some baked-in traits that make them appealing from an investor’s point of view.

Most significantly, the structure of the industry is such that it can often lead to a wide moat being cast around a successful company. Firms must pay huge amounts of money just to research and develop a product.

Failures are common and this is why make-or-break drug trials are often responsible for price swings in the market, particularly in small caps. Even if a company does succeed in getting a drug approved, there are still lots of legal hurdles in bringing it to market.

Brunner’s approach is to focus on businesses that have been able to overcome these hurdles. Although it’s not always the case, these firms are often able to establish a very secure market position because of how hard it is for competitors to get a product to market.

Novo Nordisk, one of the stocks in the Brunner portfolio, provides a good example of this. The company supplies half of the world’s insulin and is a market leader in treating diabetes.

Its success means it has been able to produce extremely strong margins for a prolonged period of time. Over the past five years, operating margins have exceeded 40% every year – the sort of figure you’d typically expect from a tech company. The firm has proven extremely cash generative as a result, helping Brunner to meet its dividend targets for shareholders.

It’s a somewhat similar story with US-based Agilent Technologies, another Brunner holding. The company is a leader in developing bioanalytic and testing equipment. That’s obviously helped its share price during the pandemic but the Brunner team based their decision to invest on long-term factors.

Even prior to Covid-19 sweeping across the world, Agilent was making healthy profits with strong margins, as well as paying dividends to shareholders. The pandemic may have given it a boost but the firm was still doing well without it, something that doesn’t look likely to change once it’s gone.

Of course, it’s worth keeping in mind that medical companies only constitute a little over 20% of the Brunner portfolio, so a booming medical industry isn’t going to mean the trust suddenly rockets up as well.

But those companies in the sector that are part of the trust’s portfolio also fit within its wider investment goals. High levels of cash, as well as the potential for growth, are traits native to the trust’s healthcare stocks – always a positive if you’re looking to provide those things to shareholders.

It’s hard to say what Montaigne would have thought of modern medicine but perhaps a scan of the Brunner portfolio may have tempered some of his vitriol towards the field. 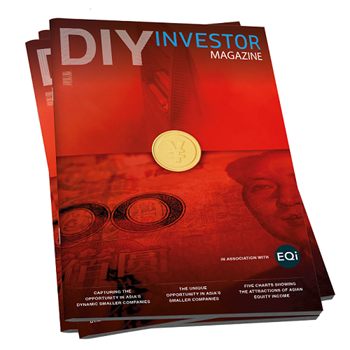