Global perspectives: Between a lockdown and a hard place

We believe there is a growing disconnect between the global rebound in asset prices and the shape of the post-lockdown recovery.

We therefore move our equity outlook to cautious from neutral. The recovery in asset prices since mid-March has pushed valuations for the largest global 600 corporations back up to their average levels for the past 15 years.

Yet we remain in a far from average economic situation. The slump in economic activity has no peer since the Great Depression of the 1930s.

Furthermore, the persistent tail of new infections in developed markets challenges our earlier views on the likely duration of intrusive and economically damaging social distancing measures.

The IMF is now forecasting a contraction of 3% of GDP on a global basis with declines of 6% for developed markets. Notably, fragile nations such as Spain and Italy are forecast to see GDP contracting further, by 8% and 9% respectively.

Such a global decline is of a magnitude not seen since the Great Depression of the 1930s, a time of widespread bankruptcies and mass unemployment.

Time appears to have run out for a “V-shaped” recovery, in our view. As the economic damage from COVID-19 is now likely to be prolonged, governments will have both an economic and healthcare crisis to deal with at the same time.

We suspect many unwelcome new economic records in respect of growth, fiscal deficits and unemployment will be set around the globe in coming quarters by individual national economies.

Taking the UK as an example, earlier modelling such as that of the Bank of England (BoE) or the UK’s Office for Budget Responsibility (OBR) had assumed a relatively rapid recovery during H220, once lockdowns were released.

Since then, there has been a steady policy drift in developed markets in respect of intrusive social distancing measures.

Developed nations are only slowly emerging from lockdowns – taking “baby steps” in the words of UK government sources, for example.

While the situation continues to evolve, the key problem in our view has been that the number of new cases after weeks of lockdown has flattened but not slowed to a trickle, as was observed in China earlier in the year.

Current reproduction rate (R) values of 0.8 in European nations point to a relatively slow rate of reduction in the epidemic.

A recent ONS survey in the UK suggests that 136,000 people have been infected in England in the last few weeks. The daily number of new cases is still comparable to the figures recorded just prior to the introduction of lockdowns in many jurisdictions.

We acknowledge however there are significant differences between modelled approaches which suggest a more rapid decline in infections in coming weeks and the results of actual swab testing of population samples which for investors only adds to uncertainty.

The recent second extension of the UK’s furlough scheme to October demonstrates the internal views of ministers in respect of the likely duration of significant social restrictions.

These restrictions have led to the closure of 40% of UK SMEs recently surveyed. As importantly, 30% of those firms are indicating they are unlikely to re-open – ever.

This is in our view a powerful demonstration of the problems facing national economies as the concept of a short lockdown has moved towards a semi-permanent state of significant social restrictions, pending a vaccine. It is painfully obvious that there is a large proportion of the workforce at immediate risk of unemployment as furlough schemes are wound-up.

We have written previously about the policy challenges associated with re-opening the economy subject to social distancing regulations, with both demand and supply side consequences.

Lower densities in both offices and retail locations are likely to raise significant issues in respect of corporate profitability. In turn, expectations for higher unemployment and consequently lower consumer spending could easily prove self-fulfilling.

For investors, we also believe several more positive scenarios are unfortunately declining in probability. The first of these is the Swedish model of taking sensible precautions but stopping short of lockdowns, which shutter the service economy.

Although this approach continues to have public support in Sweden, there appears to be very little political appetite at this time for pursuing this route in other nations. Better treatment options have not surfaced and a vaccine remains a 2021 prospect.

The World Health Organisation is warning that COVID-19 will be epidemic for a number of years and social distancing measures will need to remain in place until a vaccine, to avoid a major second, third or fourth wave of the disease.

Furthermore, each wave of the virus risks washing over a weakened capacity for the fiscal support required to buttress personal and corporate balance sheets.

In some respects therefore, while lockdowns have been successful in flattening the curve and preventing healthcare systems becoming overloaded in the short-term and longer-term impact is less clear.

Studies in France and Spain indicate only 3-5% of the population have been exposed to the virus. This highlights the near-absence of herd immunity in the general population.

There is therefore a difficult balance to be struck in formulating government public health policy at this time. In some respects the recent and remarkable rebound in global markets, largely due to central banks, has eased pressure on governments to consider the economic impact of their public health policy.

Having pursued the path of lockdowns however, it may take some time for governments to reverse course. We believe it would be prudent to assume that business as usual is unlikely to return until the end of 2020 at least.

Surge in earnings downgrades over but consensus estimates continue to ebb

Despite the recovery in global equity markets, 2020 consensus earnings forecasts continue to fall albeit at a much slower pace than during March.

In our view, as social restrictions now appear to be in place for longer the risk is growing that a further period of downgrades lie ahead. In such an environment markets are unlikely to make significant further progress in the short-term.

The breadth of the sectors exposed to either a recession or social distancing measures also makes avoiding the impact of COVID-19 difficult for equity investors.

Understandably, defensive equities such as healthcare, utilities and food producers have outperformed.

Facilitators of the digital economy have been supported by the new-found necessity for their services, which are required for home working.

Outside these sectors however, the picture is less bright in the context of a longer period of intrusive social distancing.

Transport and leisure companies are likely to struggle, especially as the summer holiday season in Europe seems likely to be, in effect, cancelled as nations place quarantine restrictions on intra-European travel.

After years of government emphasis on public transportation, a switch to promoting car transport seems unlikely to lead to a surge in vehicle sales at a time of rising unemployment and job insecurity.

The absence of social interactions this year may also weigh on the non-essential or luxury retail sector.

Vaccine and better treatment options still for the future

The difficult scenarios which we considered earlier in the year have now become a reality.

There have been few medical advances during the past 3 months which have proven effective in reducing the mortality of patients infected with COVID-19.

Furthermore, we detect hints of concern within the medical community in respect of the still-unknown impact of the virus on younger members of society and potentially for the long-term.

Vaccine research continues but there are no expectations of a breakthrough for the remainder of 2020 at the earliest, due to the necessary time required to run clinical trials which demonstrate both the efficacy and safety of a treatment which may ultimately be used to protect a significant proportion of the population.

It is easy to overlook that it was only a few months ago that markets were moving sharply higher in anticipation of an acceleration in growth during 2020 as the US/China trade dispute, Italy’s run-in with the EU in terms of its budget deficit and the UK’s Brexit impasse were perceived as resolved.

To the contrary, the splits between the US and China have been amplified by COVID-19.

US President Trump has clearly indicated that he will continue to pressure China over the epidemic. While this reignition of the trade war will be an unhelpful backdrop for markets, we believe it is now increasingly probable.

Trump has been robbed of his chance to enter a US Presidential election on a mandate of low unemployment, strong economic growth and a record stock market. We believe he will be seeking a scapegoat to improve his polling.

The issues in respect of the divisions within European nations have been exacerbated by the differential impact on northern and southern member states, which have been hit comparatively harder by COVID-19. Southern states’ requests for mutualised coronabonds have been rebuffed.

In addition, the ECB is now fighting against the ruling of the German constitutional court which has stated that the ECB failed to provide a proportionality analysis in respect of its previous asset purchase programs.

The ruling creates a number of issues, not least the competence of the German court to challenge an ECJ decision and the jurisdiction of the court over the ECB and the Bundesbank.

Nevertheless, it is a clear example within the legal domain of the divisions between European member states and the challenges of implementing a common economic policy via monetary tools, but without a fiscal union.

We are moving to a cautious position on equities as the scenario of an extended period of intrusive social distancing has become the base case.

As importantly, valuations have now moved close to long-term averages which is aggressive in our view in the context of a quite abnormal economic outlook.

Furthermore, sectors which have lower exposure or are indirect beneficiaries of this healthcare crisis such as technology or pharmaceuticals are now trading close to unchanged year-to-date, which offers little compensation for an enormous slowdown in economic activity which is likely to impact all segments of the market.

It is rational in our view to keep powder dry for better opportunities as the crisis unfolds. We also expect political tensions are only likely to increase during H2, both in respect of US/China relations and the divisions within Europe. 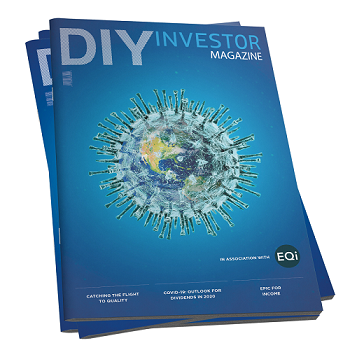 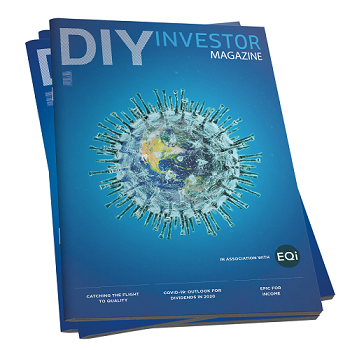